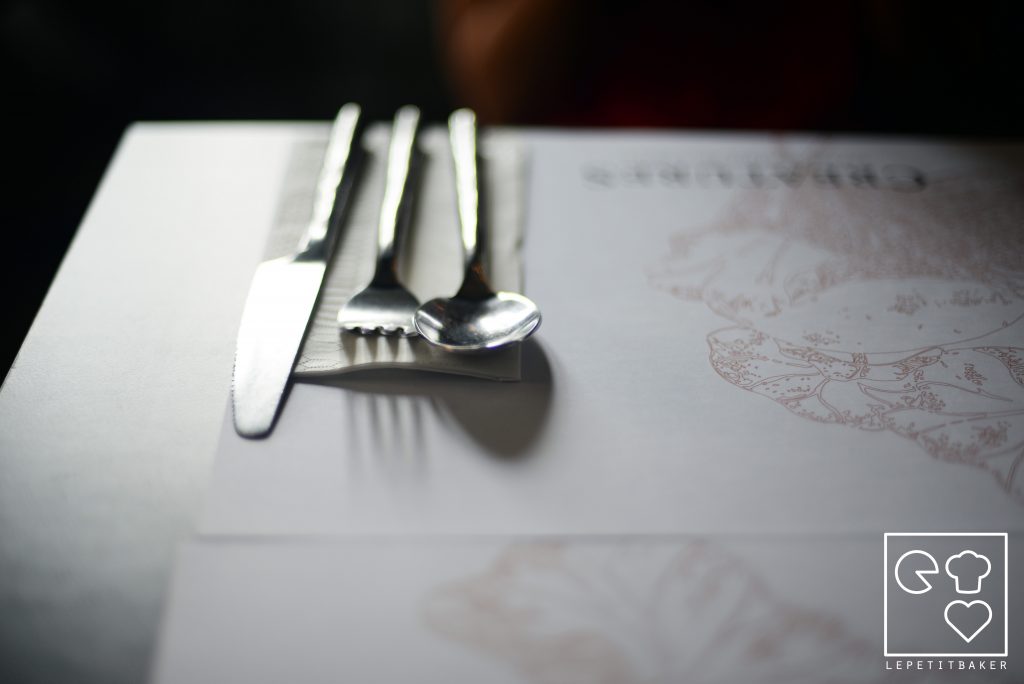 Every single time I visit Mustafa Centre, I will ride pass this quaint looking restaurant nestled at a corner of Desker Road. The signboard on the outside is huge and I’ve never thought of trying the food because I believed it was just one of the many cafes already open all around Singapore. One thing I recalled was the Durian Cake advertisements I somehow catch a glimpse of on Facebook, I think. I know I have seen their ad but couldn’t exactly remember at the moment.

So when Cass wanted to try out the food here, I was definitely was up for it. The main dish I was looking forward to was surely the Durian Cake.

First impressions; the deco and ambience was really appealing. It was dark with just the right amount of natural light brightening up the restaurant at 2.30pm in the afternoon. The staff were attentive and very polite. We proceeded to order their set lunch.

Both of us were served a cold, lightly sweetened tea and an appetizer called Kyoto Desker. The appetizer was cold tofu served with blended century egg and some other condiments. I loved it because the century egg complemented the cold tofu well. I think adding some strips of pickled ginger would have been perfect. 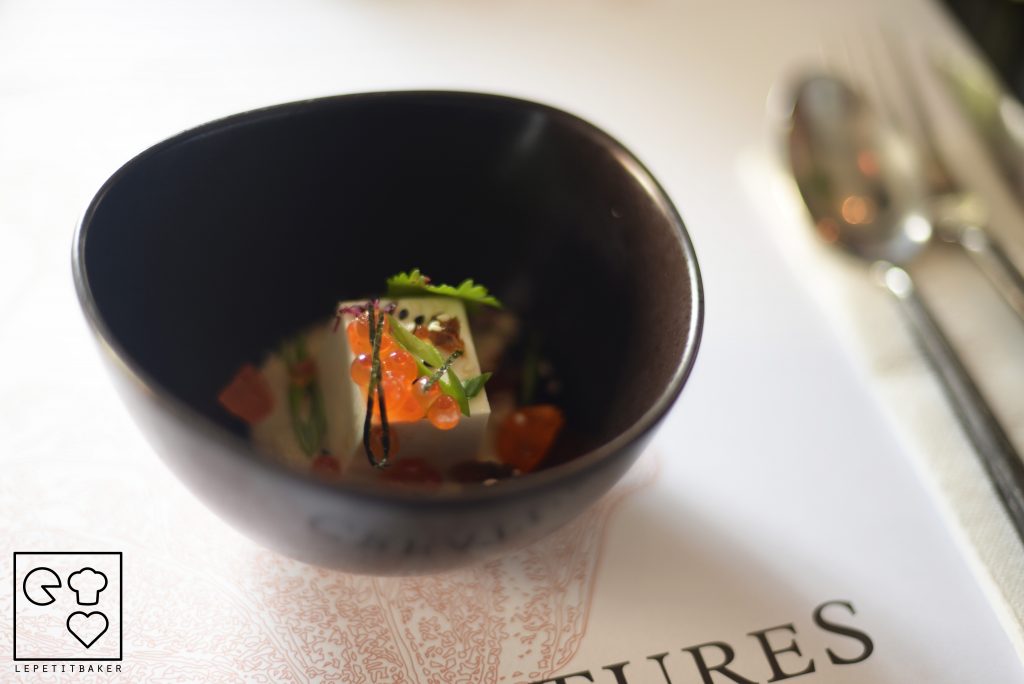 For the mains, I ordered their Urban Baba Babi Pongteh while she had the Ah Gong Fried Chicken & Ah Ma Noodles.

The Babi Pongteh was simply delectable. The pork was cooked so tender and it could just melt in your mouth. They served this with a side of some toasted baguette slices but I did not really like the baguette slices because it was too crispy for me. I prefer my bread to be soft but overall, this was a dish made with love. 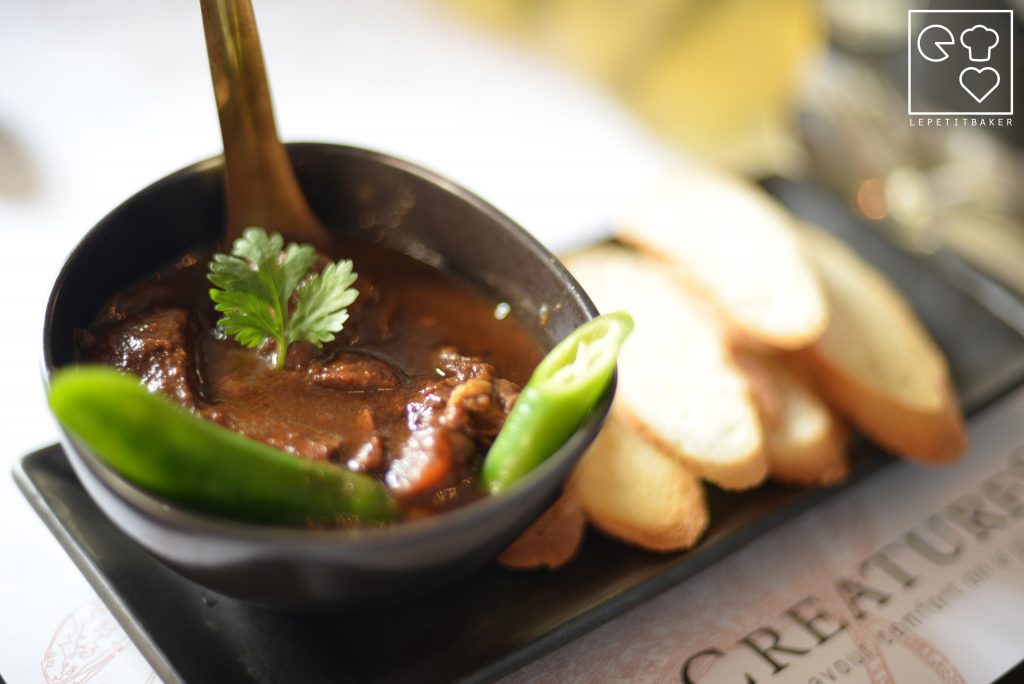 The Fried Chicken and Noodles was a very simple dish which was wonderfully seasoned and plated very presentably. The chicken was fried to perfection and the noodles were al dente. The cincalok mayonaise was nice, but I think it needed a little more spice and cincalok in it to give it more of a kick. Overall, this was a dish you could not go wrong with and it didn’t disappoint. 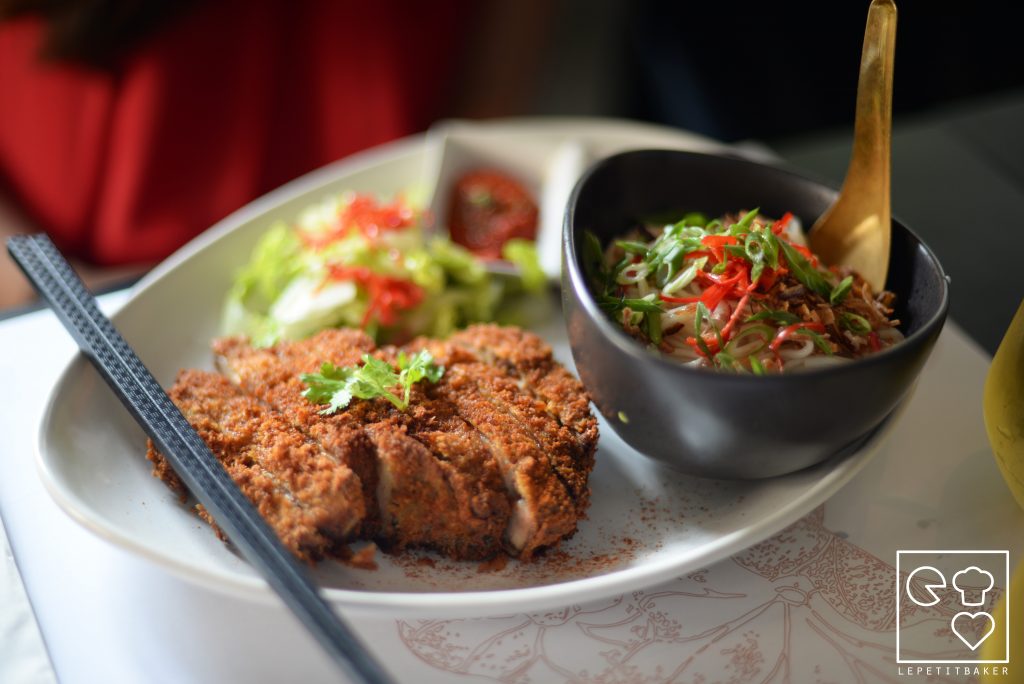 For dessert, we had their signature Durian Cake and Tiramisu Entremet. I am a huge dessert person and love most kinds of desserts. Cakes and chocolates are some of my favourites and I was really looking forward to this very widely talked about Durian Cake.

My verdict; it was a letdown. The cake was very dry, the cream covering it barely had a durian scent but the durian filling tasted fine. Maybe my expectations were set quite high for this dessert so I was really disappointed. Maybe it was just this batch, I’m not sure but just the thought of serving this to my durian-crazy-dad, I can predict that he would say it was just so-so. With that said, please do try out the dessert on your own. When it comes to food, there is no way to make one dish and expect every single person to enjoy it the same way. 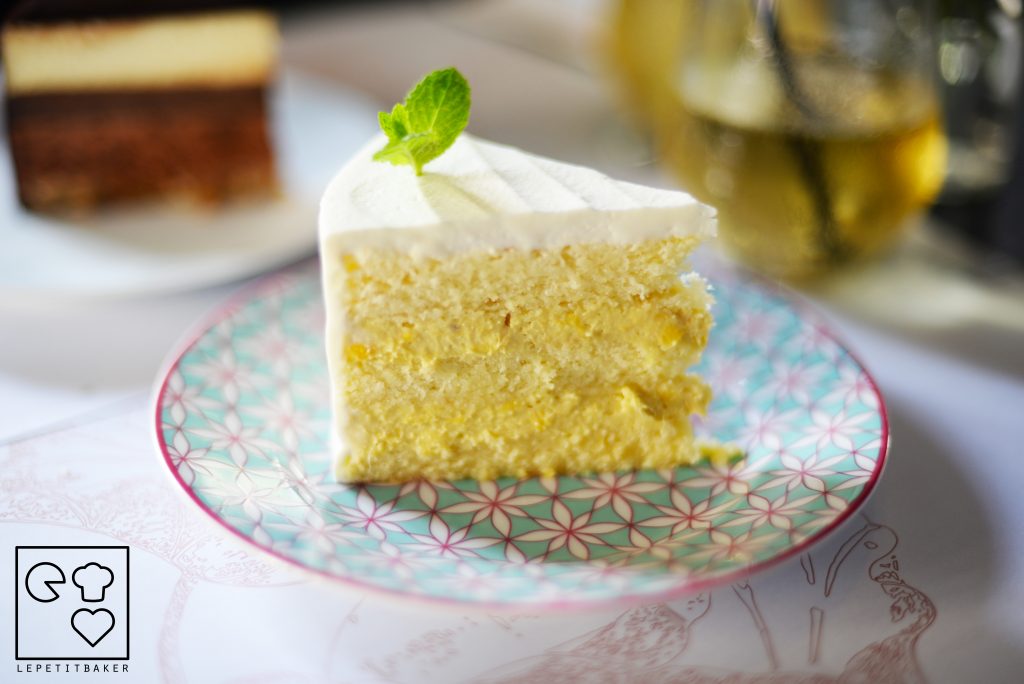 Next was the Tiramisu. I’m guessing this was their rendition of a tiramisu. I did not like it as well. It just felt very gelatinous. Every layer felt like a dense form of jelly. The only part I enjoyed was the exterior chocolate layer. Again, like I said before, not everyone enjoys food the same way. I personally do not like such jelly-like desserts; for example, no-bake-cheesecakes. Such desserts are just not my cup of tea but maybe you might enjoy it so don’t simply brush it off since I did not like it. 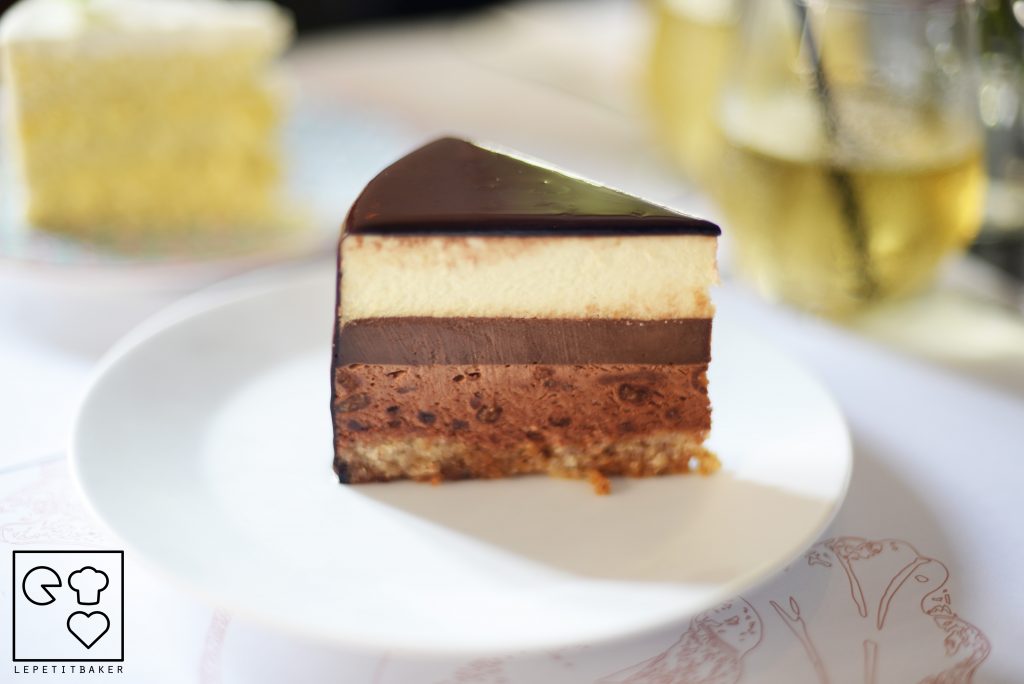 On the whole, this was a great lunch experience for both of us. Amazing deco, comfy ambience, friendly staff, delicious food. The only letdown were the desserts. We spent about $35 per person only since it was a set lunch menu and I would definitely recommend you to bring your date here. The cost for dinner seems higher though. On a side note, they serve this huge chocolate cake which looked really enticing but we did not order it because we would not have finished it. If you do get to try it, let me know how it was.