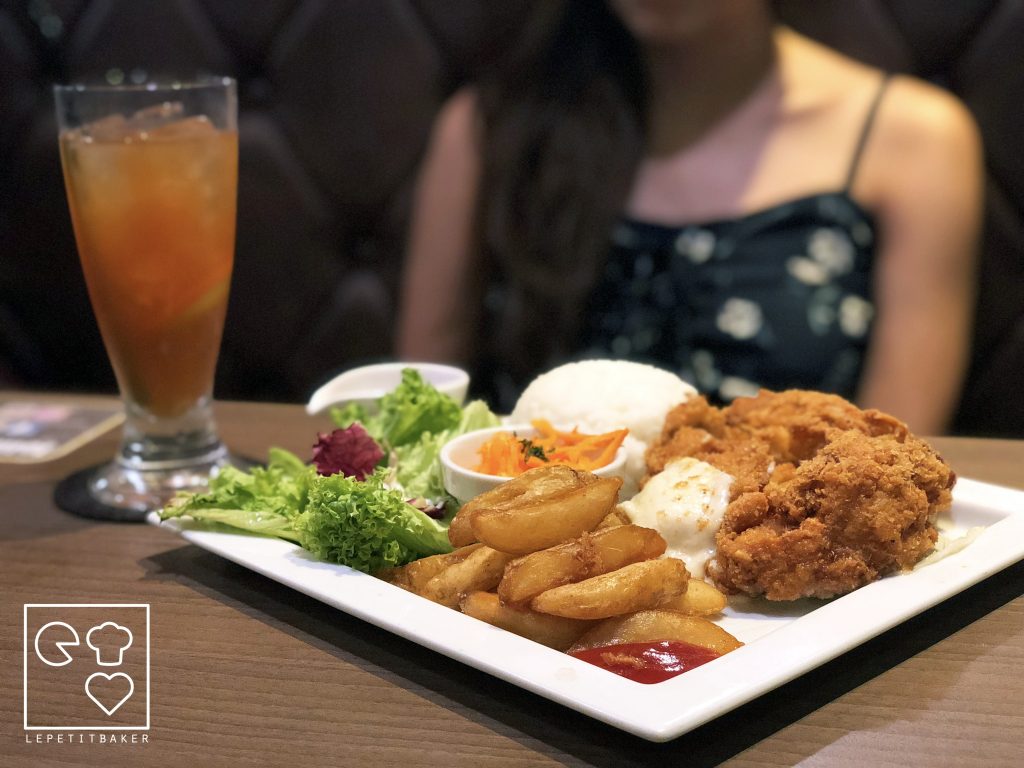 Whenever I walk pass any of the Hoshino outlets, I am somehow drawn to the ambiance. It just feels cool and inviting but I never went in. So on a Sunday noon, we were undecided on what to eat and agreed to have some food here.

We shared the Chicken cutlet with mozarella, Iced fruit tea and French toast which cost about $50.

The restaurant felt cozy and homey but it somehow felt it was missing something. After some thought, I felt the temperature was a tad too warm and maybe some soothing background music would have made the ambiance great.

The chicken was just so so; kind of felt I was eating a typical coffee shop western store chicken cutlet worth $8 but instead I’m paying $18 for it. The fruit tea was amazing but when I read decanter, I actually thought it would be much bigger, so I was quite disappointed with the size but still, managed to fill up about 2 full glasses full with ice. The french toast was soft and amazing but it was served at room temperature. It was served on an iron cast pan but the pan was cool to touch. That was utterly disappointing because the entire dish felt it was kept on the counter for 15 minutes before serving. The dish was served with a creamy looking caramel and maple syrup which complimented the soft toast. The ice cream was a let down because it didn’t feel ‘creamy’, kind of felt stale.

Overall, the my first visit to Hoshino Singapore was a let down. They do have lots of other dishes and maybe they would be better. I would try them again only if I had no other choices.

Personal rating: 3/5 (Not exceptional but still alright for a gathering)