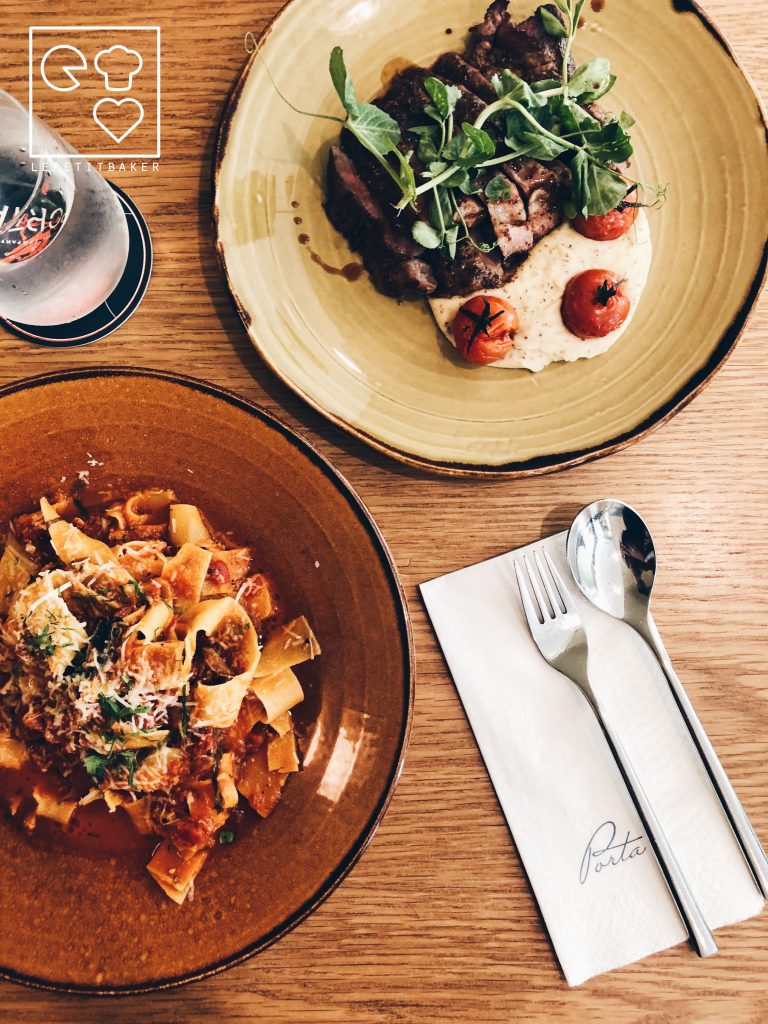 We came here for a weekend lunch because Cass wanted to try it out. The layout and ambiance itself was cool and modern with a touch of what I would call a Mediterranean feel? I might be wrong. Anyway, I think they had just ended their breakfast buffet service so when we reached there, every service staff was just minding their own business. There wasn’t anyone available to serve us or more like no one actually cared. I thought they were actually closed before I took the initiative to ask someone there and they said they were open and then he carried on with what he was doing. Kind of turned off by this; no direction to an available staff, nothing, we had to walk in aimlessly before someone actually seated us.

I had the iberico pork and she had duck ragout. The duck was very soft and the ragout was perfect. It had nice chunks of tomato, the pasta was al dente and the duck confit itself fit into the dish wonderfully. The pork was medium well and had a good bite and flavour to it. It was slightly fatty but still nicely seasoned. The mash was amazing, surely one of the best I’ve had. Overall, a perfect meal.

The apple crumble itself was different. The apple could have been poached a little longer for a better punch but I loved the tartness. The cream and crumble was delightful but I found the crumble a little over-spiced. 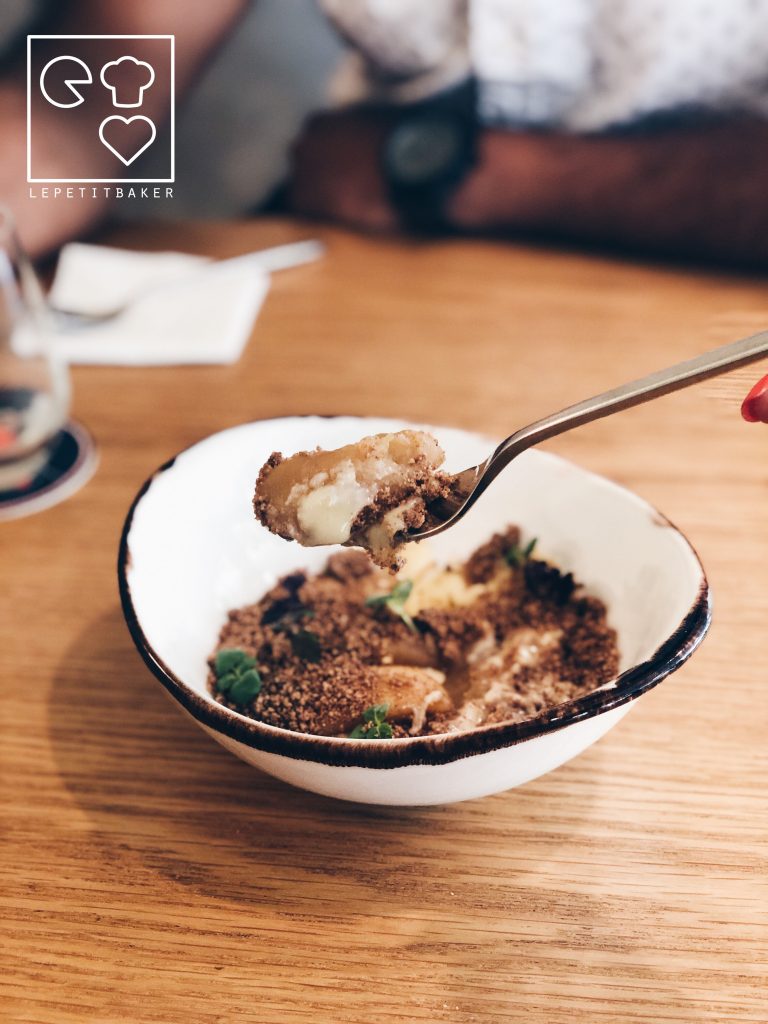 Overall, other than the poor service at the beginning, it was a great meal and we enjoyed the food. Definitely a place I would visit again but hopefully, staff are more attentive to customers in the future.