Being visual eaters, we were not only drawn to Typhoon Cafe’s array of good looking meals and desserts but also their marbled tables and bright dining setting. We only wished their meals would have been as pleasing to our taste buds as it was to our eyes. 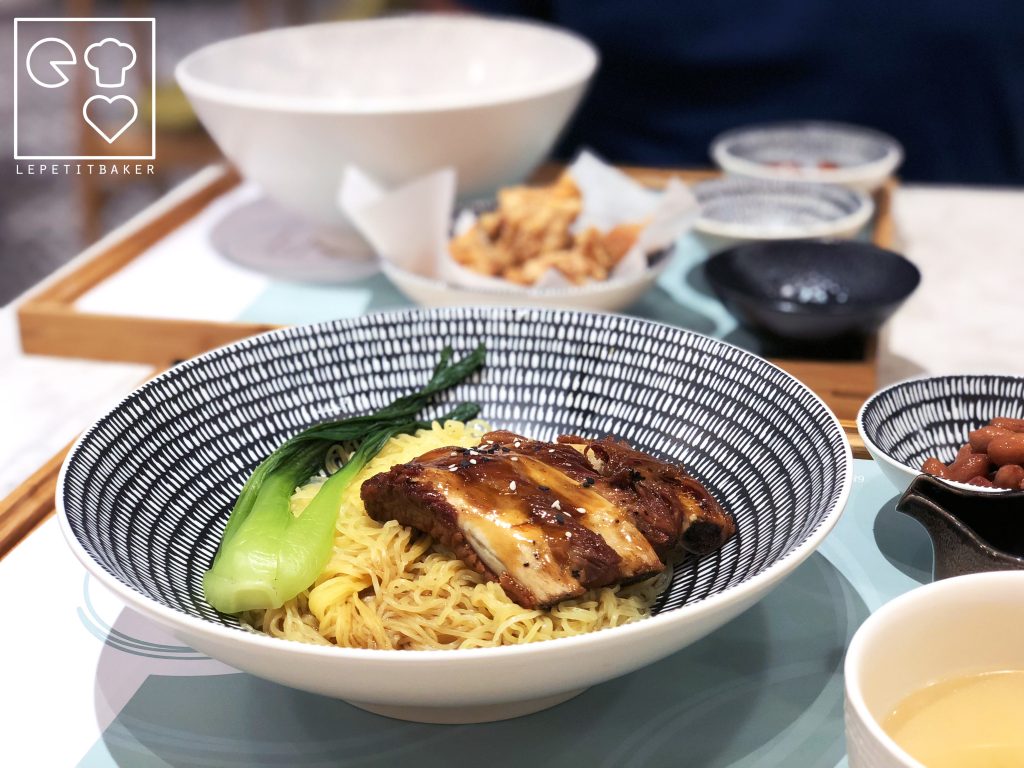 This is a simple dish that had the potential to win our hearts. However the noodles was just alright with a good bite to it, but the pork rib was horrible. It was dry and felt like it had been into the microwave twice. This dish came with an asian soy-like sauce for the noodles, a bowl of clear soup and braised peanuts. It costs a whopping $16.90 which is well above what it should cost. We would have been happy to pay the amount if only they hadn’t made a dish which felt quite half-hearted.

There was no way to make a mistake with this dish but I felt it was just so-so. The mee sua was cooked well with a flavourful gravy but the gravy was more like a soup and it was not nearly as hot in temperature as I would have liked it. It was really close to room temperature. The chicken was fried to a nice golden brown but it was really dry and there is nothing to rave about. This dish came with some braised peanuts, a chilli condiment as well as vinegar. The chilli is REALLY spicy and I utterly enjoyed it. At $15, I would have to say I wasn’t pleased.

The hazelnut milk tea was one of the best I’ve had. The milk was smooth and the hazelnut flavour was much like KOI’s but the pearls were a let down. I felt like they had combined freshly-cooked pearls with an older batch because some pearls were soft and chewy but others were hard and disgusting. Costing $6, this drink would have been perfect if only the pearls were fresh. 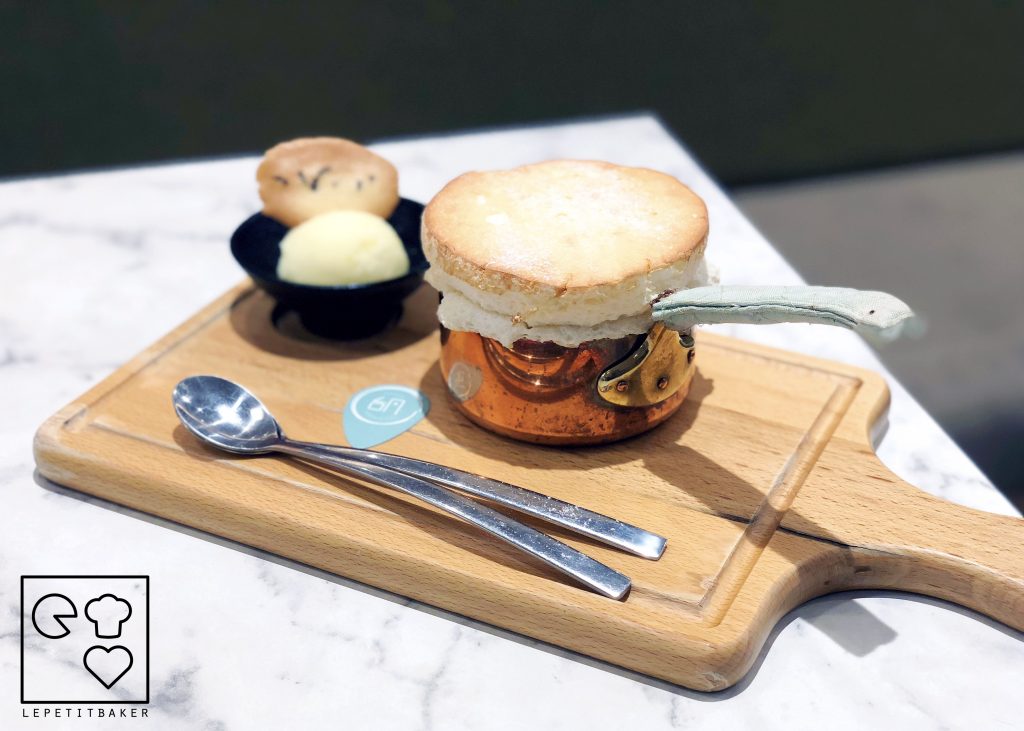 This dessert was really pretty to look at. It jiggled beautifully and was served hot but I felt it was a little too eggy; it felt like I was eating a huge whisked, steamed egg. I am guessing a souffle does have to taste in such a manner but personally, I did not enjoy it. Maybe a souffle fan would appreciate this dish more. The yuzu sorbet it was served with was good though. It was a little sweet but did have distinct yuzu flavours which we enjoyed.

Overall, this is a nice restaurant with a good feel but I have to say the prices are sky high. In my opinion, it is not worth the price at all. But do try it out for yourself and let me know what you feel.

Personal Rating: 2/5 (food was a letdown, prices were high)